I was going to write a standard Mother’s Day blog post about mum until I remembered my great grandmother.

My other great grandmothers are names on a family tree but Hepzibah is different – as I have a photo. She deserves a blog post of her own.

Hepzibah Hurle was born in Maryborough, Victoria in 1856. She ended up in Maude, NSW where at the age of 18, she married William Parker . They moved around the Hay district before settling in Oxley. She became the local midwife and nurse in Oxley. A family member said that ‘it was not unusual for us to wake up in the morning and find Mum was missing. We would be told that she was gone to help Mrs… have a baby and would be back in a day or two.’ On one occasion she was called to help at a baby’s birth and the only transport available was an unbroken horse. Somehow she saddled this horse, placed her own youngest child(a baby) in a box and rode the horse several kilometres and through two flooded creeks, carrying the box in front of the saddle. There are other stories about her grit and tenacity.

She died in 1902 from sepsis , at the age of 46, nine days after the birth of her fourteenth child.

Fast forward several decades. My father bought a property on the banks of the Murrumbidgee River near Maude. Although he was not born in the area he felt that it was his heartland and the plains had called him back. Probably not one of his best financial decisions, but for him the place had heart and soul and connection. He ran sheep and cattle and in the early years, had tried (and failed) to grow sorghum. Friends and family would come up to camp on the banks of the Bidgee, to hunt, fish and relax. I was heartbroken when he sold the property in the mid 70s.

Hepzibah was forgotten until a chance meeting of two cousins led to a Parker family reunion in 1982. As I was a young smart-arse with more exciting things to do, I declined the invite. My parents went for the reunion weekend in Hay. There was a dinner dance , a church service and a bbq. After a lot of amateur sleuthing, the organisers were able to locate Hepzibah’s grave. It is located in a long forgotten cemetery at Oxley not far from the banks of the Lachlan River. Her grave were buried under a metre of the red dirt. My mother said the most moving part of the weekend was the rediscovery of the lost grave of my great grandmother.

Years later, after dad died, we drove to Maude to scatter Dad’s ashes. We slept in the old shearer’s quarters at Nap Nap Station. At midnight I woke up and went outside. I sat under a brilliant night sky and watched enormous moths fly around the windows of the old corrugated iron building. My daughter had said that afternoon, ‘it’s so empty out here.’ She was right. I wondered if Hepzibah had thought the same thing when the family moved up from the Victorian Goldfields. As a little girl she would have worn a floral smock, a sun bonnet and button up boots. What would she have made of my two kids dressed in shorts and t-shirts and bare feet covered in dirt? All those years in between. 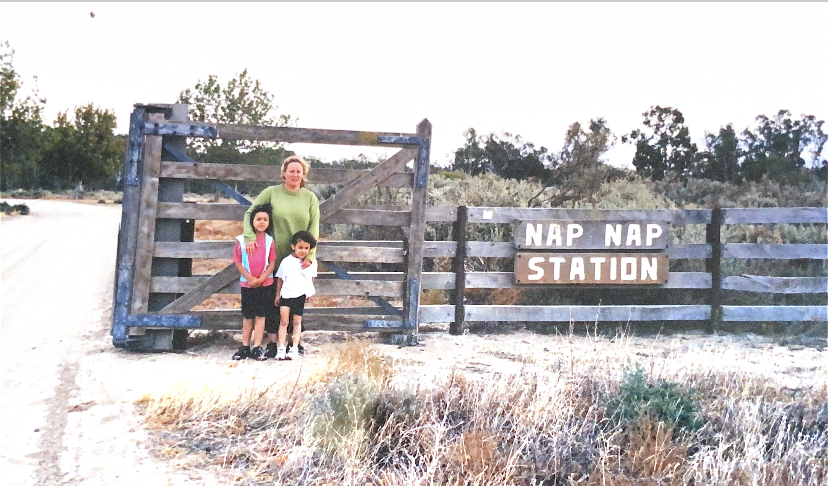 A couple of days later we visited Shear Outback in Hay. The kids helped one of the staff shear a reluctant sheep. And by coincidence there was an exhibition about pioneer women of the area. And there she was, our Hepzibah. We took a photo – three generations of women. 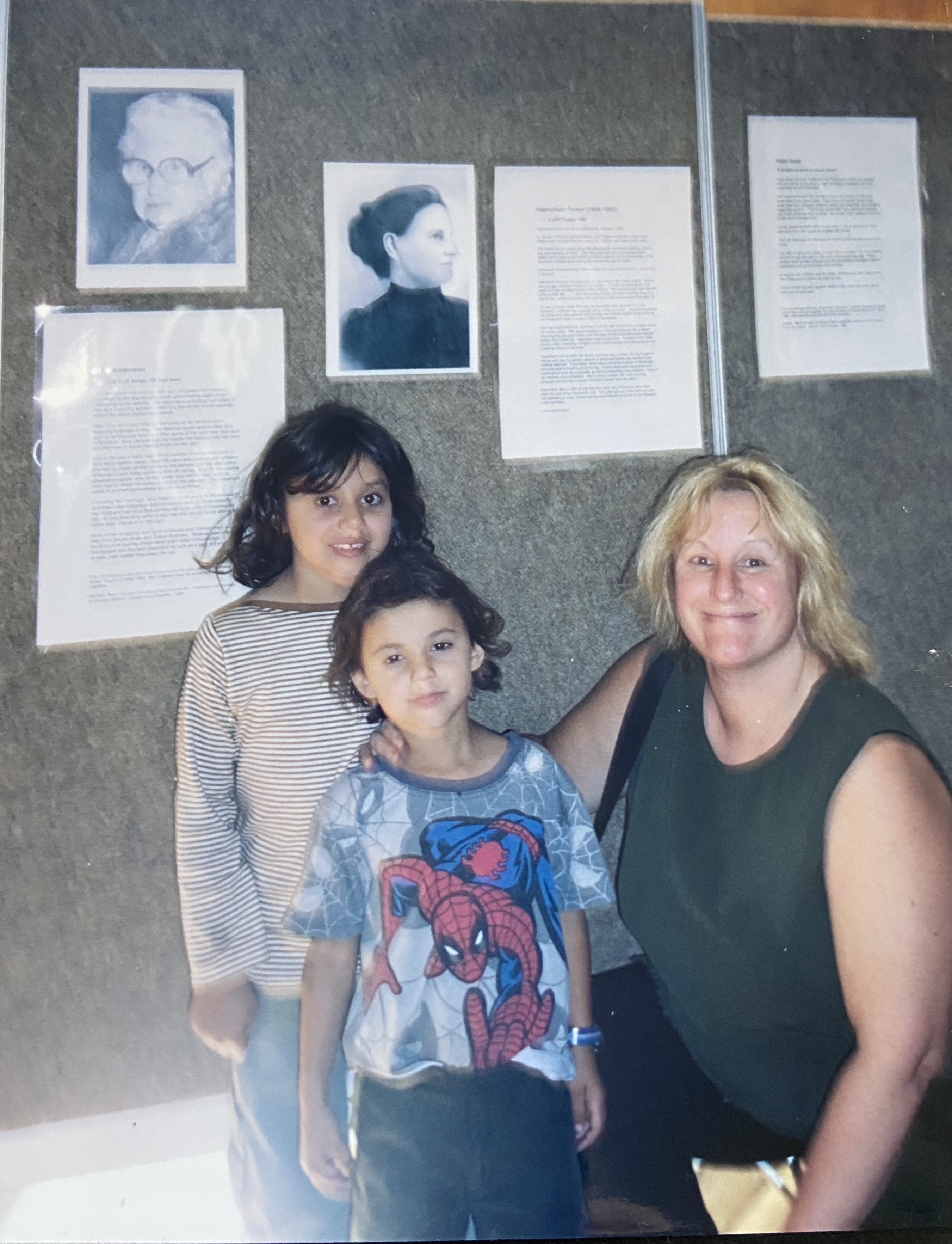 I expect the old grave has been covered up again by the relentless red dirt. It’s harsh but beautiful country out there. One day I’d like to go back and lay my own flower on her gravestone. In the meantime, it’s important to keep her memory alive – her and the other grandmothers, all of the pioneering women of our past.